Industrial Chemicals in Our Food? 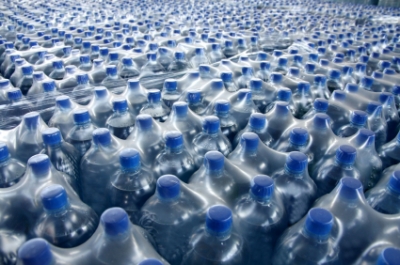 There is an industrial chemical so dangerous that it has been linked to heart disease, breast and prostate cancers, diabetes, infertility, and hormone disruptions.

If you think that sounds bad, here’s worse news: It is perfectly legal to put this substance into your food.

The U.S. Food and Drug Administration recently decided not to ban a chemical called bisphenol-A (widely referred to as BPA) from the food supply even though its health dangers have been well known for years. More than 130 studies have found evidence of its disastrous effect on human health.

Toxin in Plastic and Cans

BPA is an industrial chemical used in everyday items to harden plastic.

It is found in most plastic bottles and the linings of canned food, as well as in thousands of other items, including cash register receipts. But the chemical is not inert, and it leaches into liquids, such as soft drinks, soups, and baby formulas.

When ingested, BPA acts as synthetic estrogen and has been known to feminize males.

Russell Blaylock, M.D., author of “The Blaylock Wellness Report,” believes the FDA’s ruling had more to do with money than protecting the health of Americans.

“Manufacturers have a lot of investment in products contaminated with BPA,” he tells Health Radar. “For instance, milk producers use cheap plastic cartons that leak BPA and other endocrine disrupters. But they have a huge lobby with an enormous amount of power.”

Added Dr. Sarah Janssen of the National Resources Defense Council, an environmental group: “BPA is a toxic chemical that has no place in our food supply. We believe the FDA made the wrong call.”

BPA in Our Bodies

Some foods are loaded with BPA. A 2011 study from Harvard University found that the amounts of BPA in urine soared 1,221% in people who ate canned soup five days in a row. A 10-year study released in February found that people with high levels of BPA in their urine had higher levels of heart disease.

Another study released in March linked BPA in food to reproductive problems and potentially fatal infections in mice, and found evidence that the chemical affected their hearts, brains, and nervous systems.

BPA found in baby products has long been a concern, since infants and children are extremely vulnerable to its hormone-disrupting effects. At least 11 states have banned its use in baby bottles and sippy cups, but a spokesperson for the American Chemical Council said that BPA is no longer used in their manufacture. However, parents should be aware that older products may still be on the market.

For now, it’s up to you to protect yourself from BPA. Use these guidelines to reduce your exposure:

• Buy plastic containers with the recycling labels No. 1, No. 2, No.4, and No.5 on the bottom. Avoid those with No.3, No.7, or PC (polycarbonate). Cloudy or soft containers don’t contain BPA.

• Choose powdered baby formula over liquid. If you do buy liquid formulas, buy those in glass bottles.

• Skip canned foods – unless they are labeled BPA-free – in favor of those in glass or cartons, especially soups and tomato-based items.

• Avoid heating plastic containers and wash them by hand, and throw them away if they’re old, scratched, or cracked.

• Use glass, stainless steel, or porcelain containers, especially for heating.